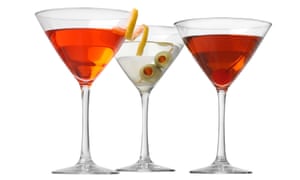 1. Start with the classics. In Haruki Murakami’s novel Norwegian Wood, the character of Nagasawa only reads books that are more than 40 years old; if it’s still in print after all that time, it’s probably worth reading. A similar principle applies to cocktails. There are modem classics, true, but they are mostly indebted to the classic classics, which are classics for good reason. They are built on simple principles that, once learned, will lend structure to your own experiments.

2. Alcohol is the most important ingredient. It should go without saying, but so many people persist in the belief that a cocktail should be a liquid pudding or a naughty milkshake that it is worth repeating. A proper cocktail should not disguise its booziness; it should celebrate it. As a rule of thumb, a cocktail is 50ml of the “base” spirit (that’s a double shot), plus a couple of other bits and bobs. Use a generous hand with spirits, and a stingy hand with bits and bobs. It’s easy to make a cocktail more sweet or sour or dilute; it’s harder to make it unsweet or unsour and undilute. A lot of bartenders pour the alcohol into the shaker last for this reason – if you mess up with the cheaper ingredients, you haven’t wasted the good stuff.

3. Ice is the second most important ingredient. Do not even think about throwing a cocktail party unless the contents of your freezer could sink the Titanic. Do not ever ask, as English publicans often do: “Ice with your G&T?” There is a certain kind of person who still sees ice either as overly fussy or a way of cheating them out of drink. But when ice is freely available in your own home and you have already purchased the liquor, there is no excuse. Ice serves a dual purpose in cocktails, chilling the drink as well as providing a little (but not too much) dilution. Use insufficient ice and it will melt much more quickly, resulting in insufficient chilling and too much dilution. The ice should always poke above the alcohol line in the shaker and in the glass. How much ice do I need? More. 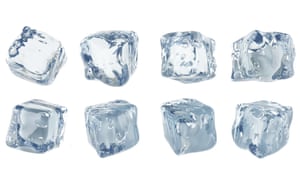 4. Mixers? Where we’re going, we won’t need mixers. How many times have you heard someone say: “Nah, we’ve got a bottle of rum, but we haven’t got any mixers …” But cocktails should be comprised of ordinary fresh ingredients. Alcohol, other kinds of alcohol, ice, lemons, limes, sugar … maybe some eggs or berries or mint … and preferably not Diet Coke or concentrated orange juice. Study the labels of pre-made sodas and syrups carefully before you introduce them to your best bourbon. Do you really want saccharin, xanthan gum and E numbers in there?

5. Keep it simple. You do not need a whole tray of liqueurs; you do not need an orchard of fruits; you do not need some obscure variety of pisco; you certainly do not need all of these things at the same time. “Many a cocktail has been hoist on the petard of its own casual plurality,” as cocktail writer Charles H Baker once wrote. Use ingredients that you understand, generally no more than two or three a drink. Think of your core cocktails like scrambled eggs or spaghetti sauce (something you might make each week and perfect over many years), rather than lobster thermidor or game pie (something you might make once and never know if you got quite right).

7. A cocktail is supposed to look nice. You don’t have to be an obsessive about it, but you should take time and care over presentation. It’s part of the ritual. A little lemon-zest twist here, a frosted glass there – it makes whoever you’re making the cocktail for feel special. Even if it’s yourself, it’s 1am, and no one came to your birthday.

8. Only shake cocktails with fruit juice in them. It’s a simple but more or less binding rule. Certain international superspies occasionally break it, *cough James Bond with his “special Martini”, cough*. However, it will serve the rest of us well. When you break it down, there are essentially two kinds of cocktail: aromatic cocktails, which contain only alcoholic ingredients; and sour cocktails, which contain citrus fruit (or occasionally other fruits, cream, egg, coffee etc). The former (which are often dry, boozy and occasionally bitter) should be stirred with ice, which results in even dilution and a smoother texture. The latter (which are often tangy, fruity and occasionally creamy) require shaking, which results in more amalgamation, more dilution and a slightly altered texture. Both can be diluted with water, soda, tea, champagne and so on, to form a third category: long drinks. Pretty much all else is variation.

9. All the pieces matter. Every single component you add to the cocktail makes a difference. David A Embury, the great amateur cocktail-maker, insisted that no drink was better than its worst ingredient. That, to me, is a denial of the basic point of making a cocktail – your labour and ingenuity adds value – but you see the principle. The brand of rum you buy makes a difference; the particular limes you choose make a difference; the time of year you buy your limes makes a difference. There are fewer variables in making a daiquiri than in, say, cooking meatballs, so what you put into the glass matters (and how much, and what kind of glass). On the other hand, see rule 10.

10. But they also don’t matter. By which I mean you are making cocktails, not safety-speccing an Airbus, so who really gives a damn? The main task in hand when drinking cocktails is to have a fun time. If you’re out of bourbon and use scotch, no one will die. If you get the proportions slightly wrong, use more orange next time – you don’t learn unless you make mistakes. If you can only afford supermarket gin, who cares? It’s still gin. There is nothing more boring than someone who is boring about things that aren’t boring. On the other hand, see rule nine.